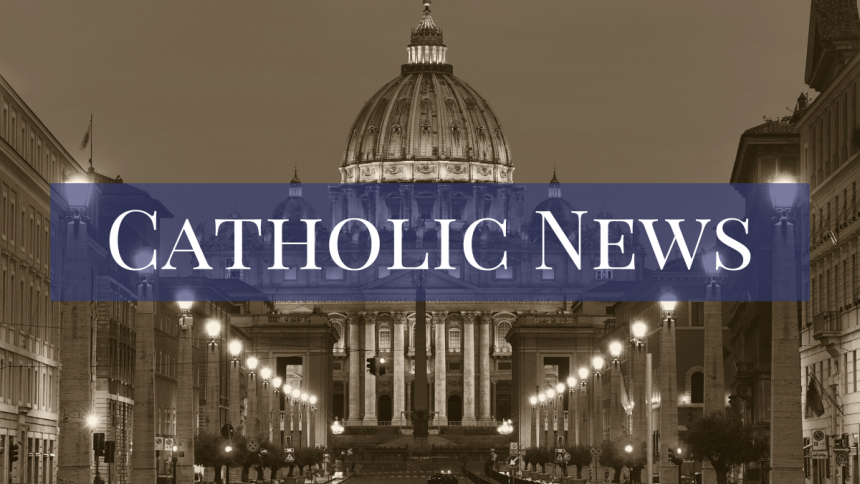 Pope Francis’ visit to Iraq March 5-8 was the realization of a dream first envisioned by St. John Paul II in 1999. Invited by the Iraqi government and Christian churches, Pope Francis is the first successor of St. Peter to visit the primarily Islamic country. The Apostolic visit to support Iraqi Christians who have suffered persecution, to encourage peace and reconciliation and to build fraternity among people of faith has long been a priority for Pope Francis.

Pope Francis met privately with Grand Ayatollah Sayyid Ali Al-Husayni Al-Sistani at his residence in Najaf on March 6. The pope wanted to meet him after Al-Sistani had raised his voice in defense of the weakest and most persecuted, affirming the sacredness of human life. Pope Francis described the meeting as “unforgettable” in his comments at his General Audience on March 10.

The Pope participated in interreligious services on Mar. 6 at Nassiriya in the Plain of Ur, where Abraham, the father of Judaism, Christianity and Islam, received the call to trust God.

Pope Francis celebrated Masses at the Catholic Chaldean Cathedral of St. Joseph on March 6 in Baghdad, and at the Franso Hariri Stadium in Erbil on Mar. 7 with a socially-distanced crowd of 10,000.

In the city of Mosul on March 7, he led the Prayer of Suffrage for the Victims of the War at Hosh al-Bieaa, the square that is home to the Syriac Catholic, Syriac Orthodox, Armenian Orthodox and Chaldean Catholic Churches damaged or destroyed by the Islamic State.

At the Syriac Catholic Church of the Immaculate Conception in Qaraqosh, under reconstruction after destruction by the Islamic State, Pope Francis prayed the Angelus in a church packed with a loud and joyous congregation.

In his General Audience summarizing the experience on March 10, Pope Francis said, “Let us pray that these days will contribute to the continuing journey towards fraternity and peace in Iraq, the Middle East, and the whole world.”

How Many Christians Live in Iraq?

More than 1.4 million Christians of Latin, Maronite, Greek Catholic, Coptic, Armenian and Assyrian Churches lived in Iraq prior to the 2003 invasion to depose Saddam Hussein. Today, less than 400,000 Christians remain, rebuilding churches and communities destroyed during the war and the desecration that followed during the ISIS (Islamic State of Iraq and Syria) occupation from 2014-16.

Qaraqosh is an Assyrian city in Northern Iraq near the ancient city of Nineveh with a majority Christian population, the largest Christian community in Iraq. In 2014, the Islamic State invaded and destroyed homes, libraries and churches. Tens of thousands of Christians fled to nearby Kurdistan for safety. After liberation from the occupation in October 2016, residents have been rebuilding the community and people have been returning to their homes.

During the invasion, the Syriac Catholic Church of the Immaculate Conception was vandalized and suffered damage to walls and pillars. Pews, furniture, hymnals and sacred books were burned inside and statues were destroyed. Local parishioners have been cleaning the smoke-charred walls and with aid from Christian organizations and charities, have been repairing the structural damage. A new, 13 ft. statue of the Blessed Virgin Mary greeted Pope Francis from atop the church as he arrived by helicopter on March 7.

Pope Francis blessed a restored statue of Mary that had been desecrated and said, “Her image here has met with mistreatment and disrespect, yet the face of the Mother of God continues to look upon us with love. For that is what mothers do: they console, they comfort and they give life. I would like to say a heartfelt thank-you to all the mothers and women of this country, women of courage who continue to give life, in spite of wrongs and hurts. May women be respected and protected! May they be shown respect and provided with opportunities!”

In his visit to Qaraqosh, Pope Francis told listeners that he was moved deeply by the attitude of forgiveness expressed by Doha Sabah Abdallah, a mother whose son was killed in the first suicide bombing by the Islamic State. “She said that forgiveness is needed on the part of those who survived the terrorist attacks. Forgiveness; that is a key word. Forgiveness is necessary to remain in love, to remain Christian. The road to a full recovery may still be long, but I ask you, please, not to grow discouraged. What is needed is the ability to forgive, but also the courage not to give up.”

The pope referred to her story again, sharing her words with the press on the flight home from Iraq, “Our strength undoubtedly comes from our faith in the Resurrection, a source of hope. My faith tells me that my children are in the arms of Jesus Christ our Lord. And we, the survivors, try to forgive the aggressor, because our Master Jesus has forgiven his executioners. By imitating him in our sufferings, we testify that love is stronger than everything,” the Iraqi woman said.  Pope Francis concluded, “I forgive. This is a word we have lost. We know how to insult big time. We know how to condemn in a big way … But to forgive, to forgive one’s enemies. This is the pure Gospel. This hit me in Qaraqosh.”

The Syriac Catholic Cathedral of Our Lady of Salvation, also known as Sayidat al-Nejat, where Pope Francis met with Iraqi Catholics in Baghdad is the site of a suicide attack by the Islamic State terrorists during Sunday Mass in 2010. More than 50 people were killed, including two priests, before Iraqi security forces stormed the church with the support of U.S. forces. The beatification process of the 48 Catholics who died inside the church advanced from the diocesan phase to the Vatican in October 2019.

This special report was prepared by FAITH Catholic