The men pictured below are currently preparing for priestly ministry in the Diocese of Gaylord. Diocesan priests commit their lives to serving the people of a specific diocese and generally work in parishes, schools, or other ministries as assigned by the bishop of the diocese.

Preparation for the priesthood typically requires eight years of education beyond high school, usually including a college degree followed by four or more years of theology study at a seminary.

We encourage you to pray regularly for these men and that others will also discern their call to the priesthood. 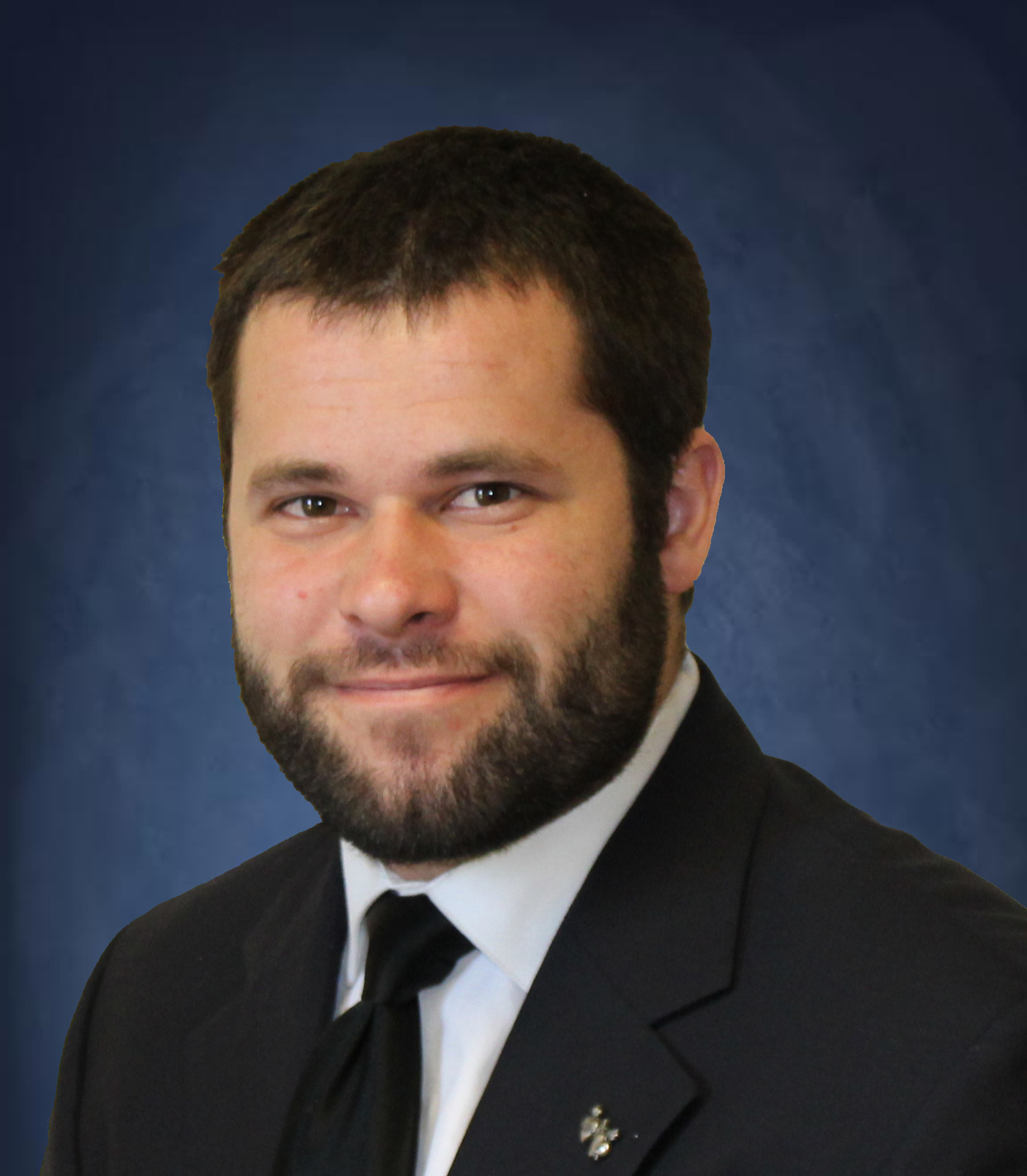 Jake Belanger is the eldest of six children in his family, there being five boys and one girl.  His parents raised all of the children in a catholic home and always encouraged them in their faith through prayer, specifically the rosary, holy hours and daily Mass.

Jake attended school at St. Mary Catholic School in Lake Leelanau through the 2nd grade. He was homeschooled from third grade through high school.  During this period from third grade to graduation he played sports through his parish church and learned how to serve the Mass.

After graduation from high school Jake studied and taught English for two years in France at a boarding school. It was during Christmas of 2018 that he made the choice to discontinue his education in France and return home and apply for seminary.

His vocation came through the influence of the many priests in his life that cultivated his vocation and helped and encouraged Jake to be where he is today.

Jake is currently studying at the Pontifical College Josephinum in Columbus, Ohio. 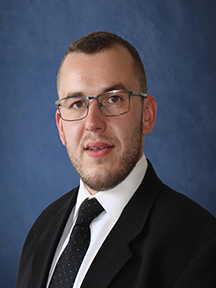 The first-born son of James and Dawn Feister, both parishioners of St. Ann Parish, Andrew James Feister was raised along with his three sisters in Cadillac, MI. Andrew received his sacraments from St. Ann Catholic parish and attended the parish school through the 7th grade.

When asked about his vocation, Andrew replied, “I remember my faith being catapulted into the next level after my father took me on retreat at the age of 15. I believe that was my first full realization that I could be called to something that most men don’t get to experience, that is, the life of a priest. My family has always been the driving force behind my vocation. Through their devotion to Our Lady and always wanting to dive deeper into the faith. Though it might have taken me some extra time getting to this point, Our Lord always seems to bring us back where He wants us."

In 2017-2018 Andrew was a seminarian with Maryknoll Fathers and Brothers.

In 2020 he was accepted as a seminarian for the Diocese of Gaylord.

His home parish is St. Stephen, in Lake City, MI.

Andrew is currently studying at the Pontifical College Josephinum in Columbus, Ohio. 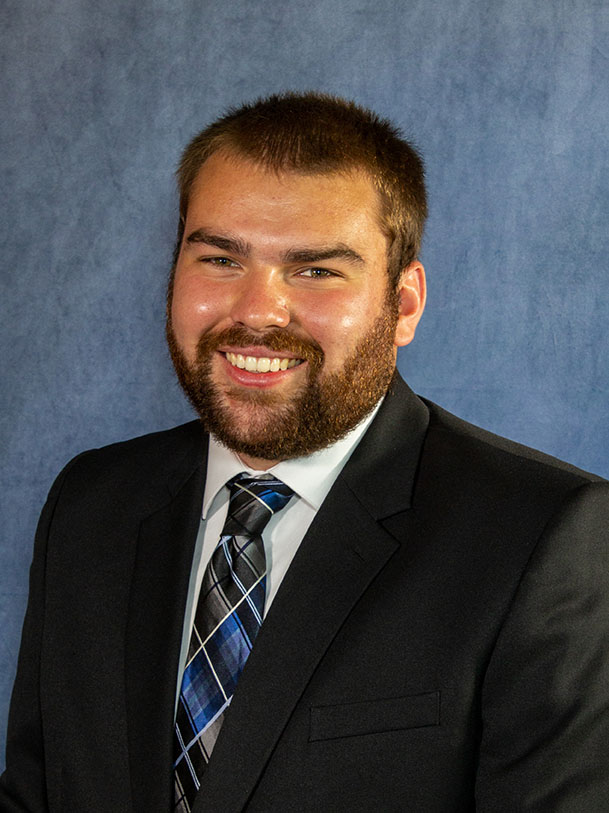 Matthew is the son of Kevin and Tina Makarewicz and was raised in Gaylord, along with one younger brother. He attended school at St. Mary Cathedral School and graduated from high school in 2016.

Growing up, his parents always made the family’s faith a priority. They provided Matthew with an environment to grow up in that was centered in Christ and a place where Matthew could search for his vocation in life. This foundation led Matthew to continue growing in his faith after leaving home and to always be open to God calling him in whatever direction life might take him.

After high school, Matthew attended North Central Michigan College in Petoskey and graduated with an associate degree in 2018. He furthered his studies at Michigan Technological University in Houghton and in 2021, received his bachelor’s degree in mechanical engineering with a minor in manufacturing.

His time at Michigan Tech provided Matthew with experiences that helped continue to develop his faith.The most important was that of friends to share his faith with. Together they all grew in their
relationship with Christ and strived to be open to any calling in life that God might have for them. The
thought of going to seminary has been on Matthew’s mind since high school and he felt after graduating
college was a natural transition to continue discernment.

Matthew and his family are parishioners at St. Mary Cathedral in Gaylord.

He is currently studying at University of St. Mary of the Lake, Mundelein Seminary near Chicago, Illinois. 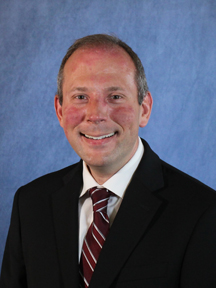 Jerry is the son of Jerry Sr (deceased) and Carol Przekora.  He and his twin brother Dave were raised in Highland Township, Michigan. Jerry attended Holy Spirit Parish in Highland within the Archdiocese of Detroit, where his pastor and the entire community were a huge influence on his faith life. especially in their devotion to the sacraments, in particular the Most Holy Eucharist.  In this community he became a Lector and an Extraordinary Minister of Holy Communion, which along with meeting Our Lord in The Eucharist in a powerful way, cultivated a call to priesthood.

Jerry's connection to the Diocese of Gaylord runs deep, his parents owned the Cedars Resort in Central Lake for many years with another couple. He came to love the people and the whole experience of northern Michigan. His northern parish home was St. Luke in Bellaire.

After graduating from Cleary University in 2009 with a degree in business management, Jerry pursued a career.  After about 5-6 years of working he unexpectedly became caregiver for his parents, particularly for his father.  Although unexpected, this calling taught him how life giving it is to pour oneself out for another in service and to reflect on how in priesthood it as a caregiver of souls.

All of these experiences gave Jerry the courage to return to his northern roots, apply to the seminary, and to respond to this call placed in his heart a long time ago. 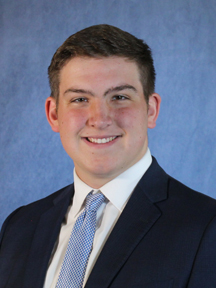 David Witkowski is a lifelong Catholic and resident of Traverse City. He graduated high school in May of 2022 from a Catholic online academy. His favorite local groups in high school were a boys choir that performed throughout the Traverse City area and an altar serving group where he learned to serve the Mass. He has a deep devotion to the Eucharist, which he believes has come from attending daily Mass when possible.

David enjoys spending time with his parents and five younger siblings, three of whom are boys and two of whom are girls. He enjoys traveling around the United States and hiking in the Smoky Mountains. David enjoys water sports, football, basketball, and especially hockey which he plays throughout the year. David has won several musical scholarships throughout high school for choir, piano, and organ, including the Musical Scholarship and the AGO (American Guild of Organist) scholarship.

Among his various jobs, David has been a church musician for the past four years. Although David is a 6th-generation Holy Rosary Parishioner, he has appreciated playing at several churches throughout the diocese for Masses, weddings and funerals.

David has always had a strong interest in the priesthood since he was a child. After attending a retreat, he felt strengthened by his calling and had several conversations with a number of priests in his life who encouraged and strengthened his desire. He applied to the diocese in the spring of 2022. He is looking forward to attending St. John Vianney Seminary at the University of St. Thomas in St. Paul Minnesota in the fall.

Click here to learn how to support our seminarians through the Seminarian Education Fund.